Get a little dose of green delivered to your inbox!

You are here: Home / Lifestyle / How To Get Rid of Stinky Boy Smell Without Harsh Chemicals
Pin23
Share4
Tweet
27 Shares

WOAH!  What is that smell?  A friend posted a question on Facebook, asking for suggestions on how to get rid of stinky boy smell in her tween son’s bedroom.  Having recently been there myself, I had some ideas to share with her.  It seems whenever you ask for help with stink problems, people come out of the woodwork with all kinds of suggestions.  Some of them were downright funny.  It got me thinking though, many of my friends (and I) are in that season of life with stinky boys who are staring at puberty.  How do we get rid of stinky boy smell and make it through alive on the other side?

How to combat the stink

We don’t have to move mountains to remove the stinky boy smell.  I promise you, it’s not an insurmountable obstacle.  Hang out in the cleaning aisle at any grocery store and you’ll have a gazillion choices when it comes to scents.  The problem with all these scents – they aren’t real, they are a cocktail of chemicals designed to cover up odor but not eliminate it and they are full of chemicals that are not doing your health any good.  In fact, they are doing harm.  They’re sneaky though, you won’t find these harmful “ingredients” listed on the label.  They all fall under the ingredient “fragrance” or something similar.  Sadly, they aren’t required to be listed on the label.  A few of the harmful chemicals are:

I talked about the dangers of Phthalates in a post about the harmful chemicals lurking in personal care products.  An NRDC (National Resources Defense Council) study showed 86% of air fresheners tested contained phthalates.  Phthalates contained in air fresheners can be released into the air and inhaled or they can land on skin, be absorbed and then enter the bloodstream. These chemicals are known endocrine disruptors, have been linked to asthma, attention-deficit hyperactivity disorder, cancer, diabetes, male fertility issues, and many more health issues.

Formaldehyde is a well-known human carcinogen by the US National Toxicology Program.  According to the EPA, most air fresheners continually emit pollutants into the air.  Low-level exposure in the air can exacerbate respiratory conditions as well as lead to burning, watery eyes, coughing, wheezing, nausea and skin irritation as well as cause menstrual disorders in women.  Formaldehyde has also been linked to leukemia as well as throat and nose cancer although I would guess that is with higher amounts of exposure.  Either way, the danger is present.

If you totally geek out on science and research, you’ll love this article.  As you know, I’m not a science-minded person so my eyes simply glazed over and my head hit the desk.  Don’t worry, I’m ok, just a small dent on my forehead.

Get rid of stinky boy smell, please, I beg you!

Once my son’s room started to have a funky smell to it, I went “Pinteresting” to come up with a few ideas.  Baking soda was already one of my BFF’s so I pulled out a few jars and filled them with baking soda and stashed them under his dresser, under his bed and in a corner.  Surely, that would take care of the problem.  Not so fast Sally!  Baking soda alone wasn’t able to get rid of stinky boy smell.

The baking soda didn’t eliminate the funk all together so I added some essential oils to the baking soda.   The pleasant orange and lemon scents didn’t stick around long.  I pulled out the big guns and added an air purifying blend, the stink persisted.

Disclosure: I am a Norwex Independent Sales Consultant, I will earn a commission off anything purchased via the links on this post.  I highly recommend these products and use them every day.  All opinions stated here are my own and not to be confused as company statements.

On to tactic number 3: Norwex Odour Eliminator.  I followed the directions on the label and diluted some in a spray bottle with water.  I sprayed that stuff in every nook and cranny in that room, determined to get rid of stinky boy smell.  The “OE” as we Norwex consultant’s lovingly refer to it, is an enzyme-based deodorant that helps to remove organic odors like food, urine, smoke, and stinky boy smells.  I spray it everywhere in my home, it also helps remove stinky dog odors, just in case you’ve got a furry family member.  Between the boy and the dog, we’ve got some stink going on!  It’s best that you don’t come to visit me on a really wet, humid day.  Consider yourself warned!

How we finally got rid of it

Sadly, even the “OE” didn’t fully remove the smell for a sustained period of time.  It wasn’t until my husband decided it was time to fully clean out our son’s room that we were able to get the funky smell out.  And when I say fully clean out, I mean they emptied the room, purged most everything and then put what was left, back in.  I didn’t ask what the culprit was but I’m guessing it was a combination of wet towels, dirty socks and other dirty clothes that were probably balled up in a corner, rotting.

Now that everything was taken out and only the necessities were put back in, I’m happy to report we were able to get rid of stinky boy smell.  Our son is 12 (and our first born so keep your fingers crossed for us as we enter puberty) so making sure he showers every day, washes his bedding once a week, vacuums weekly, doesn’t leave wet towels balled up in a corner, and adds a capful of Odour Eliminator every time he does his laundry, is going to be our best defense.  They say offense is the best defense, we will be taking that to heart.  I know there are plenty of indoor plants that can help to purify the air but I’m fairly sure any plant I put in my son’s room would die.  I mean, I don’t have the best luck myself but somehow, I don’t think he would be interested in taking care of it nor would he want it in his room so for now, we’ll go without.

I know we have years of stink ahead of us so now that we’ve gotten the room under control, we’re going to play offense in this long-term game.  I mentioned sheets would be washed once a week, laundry is done once a week and as he gets older, I’m sure his shoes will get even stinkier.  Don’t get me wrong, they are bad now but I know smellier days are ahead.  Please tell me my son isn’t the only one who thinks it’s no biggie to wear the same pair of socks over and over?  I had thought perhaps purchasing some natural air freshener bags would be a good idea but I decided against that because I’m fairly sure he’d wouldn’t be good about putting them in his sneakers every day.  That’s where our Norwex Sportzyme comes in to play.  The fast-acting enzymes in this liquid break down and eliminate organic residues that cause odors.  It can be used in shoes, sports bags, and sports equipment so it’s pretty darn versatile.  If you have a child that plays lacrosse or any sport that involves gloves, you know how smelly they get and I pretty sure you want to get rid of stinky boy smell wherever it occurs.

A final thought I’ll leave you with, clean has no smell.  Find the source of the odor and deal with it.

How do you combat icky odors and smells in your home?  I’d love to know what tricks work for you.

This site uses Akismet to reduce spam. Learn how your comment data is processed.

Hi! I’m Heather, thanks for stopping by.  I am passionate about helping people understand they can make an impact in their own health and the health of the planet, just by making small, easy changes.  When we all make small changes, together we have a greater impact. 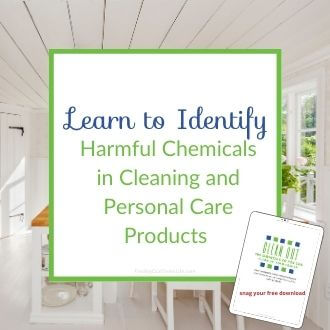 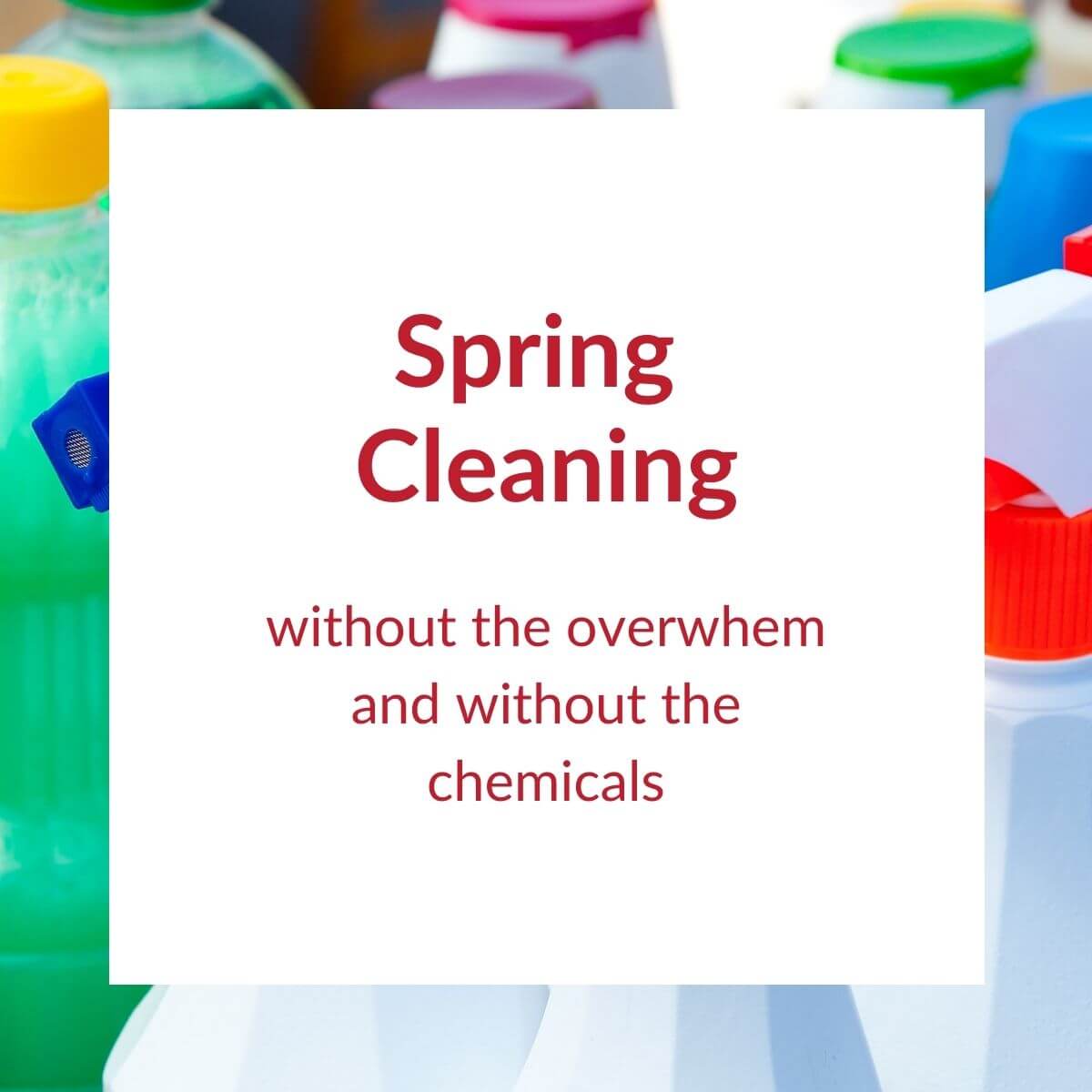 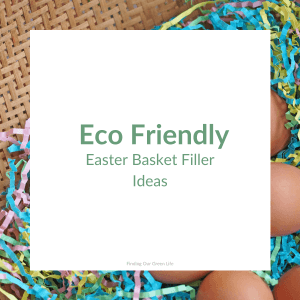